What are the symptoms of stuttering? What are the causes and what can I do about it myself? What should the stuttering treatment look like? These are the questions I want to walk you through real quick.

Stuttering disorder and its symptoms

"Stuttering is when the flow of speech is disrupted by involuntary repetitions and prolongations of sounds, syllables, words or phrases as well as involuntary silent pauses or blocks in which the person who stutters is unable to produce sounds."

So, first, we have the visible part - speech impediments and involuntary movements that sometimes go with that when we're putting a lot of strain trying to get words out and try to involuntary help ourselves with our head or our body.

The second element is the tension that we feel in our body. Might be visible, might be not so visible to other people.

But there's the third element that we rarely talk about. And to better understand that third element I want to compare stuttering to other speech disorders such as apraxia of speech and dysarthria.

Stuttering as a speech disorder

Apraxia of speech is when a person instead of "camera" says "cama" or "era" or "camama." So the person has a clear plan to say "camera" but by the time it gets to the articulators they produce something different. The person knows what to say, but the motor plan isn't being executed properly.

Dysarthria is related to the general weakness of the muscles engaged in articulation. So the articulation is not clear and it's hard to understand what a person says.

Stuttering is obviously different from those two, but there are some similarities. Like in apraxia of speech we have some motor execution error. There's some similarity to dysarthria as well. In many of us, there's a certain weakness in articulation.

The big difference yet is that if I ask a person who stutters to say "camera" we would probably say "camera." Especially, when I'm talking to myself. Apraxia of speech and dysarthria show up in any setting, but stuttering might not. We can articulate it. We're able to say it in principle.

Avoidance as the third symptom

"I don't stutter alone," "my stuttering is phycological," and the like I hear all the time.

It seems magic that we might be fluent or much more fluent in certain situations and might be much more severe or completely freeze in other situations.

We distinguish two worlds in our mind - my fluent speaking and my stuttering speaking. It creates two identities in one mind - a fluent "me" and stuttering "me."

And quite naturally it creates a huge pressure to be that "fluent" me. We're trying hard to be fluent. Desire to hide speech impediments leads to holding back and avoidance behaviors.

The tension becomes that joint, that roof of the arc that connects it all together. It's both physical and emotional tension.

Once we fixate on stuttering it becomes very stable. Body automates tension and speech impediments. It becomes automated muscle and emotional memory. It becomes an automated speaking pattern.

We might be very positive about the speaking interaction but our body holds back. We might start pretty fluently and then once it's revealed stuttering grows to a more severe level. The more force we put the more counter-force we get.

Genetics, heredity, neurology, injuries, repressed emotions. All these are underlying causes, but the truth is... once stuttering is formed it starts to reproduce itself.

It's a highly automated muscle and emotional memory. It's an automated pattern. Once it's established, stuttering starts to cause stuttering. Stuttering itself becomes the major cause of stuttering.

Looking for causes is great for science. For us, it's something that distracts us from really dealing with stuttering.

But what can we do with stuttering?

If we do these two, then the tension, this main symptom, gradually disappears. The way we've built that tension, the same way we want to build a new state associated with the act of speaking.

I want to share with you five big ideas about stuttering treatment and getting free from stuttering.

1. No treatment - no magic trick

There's no cure or magic trick for stuttering. We can't treat it with some medicine or device. What does that mean? Does that mean we can't do anything about stuttering? No, of course not!

It just means we can't change it instantly. The way we built it, the same way we can rebuild it. We can build a new pattern and a new feeling about speaking interaction. Yes, stuttering is very stable, yes, it's very tricky, but like any pattern, we can change it.

So, here’s the steering wheel. You’re the captain of the ship. You grab it, it’s yours. 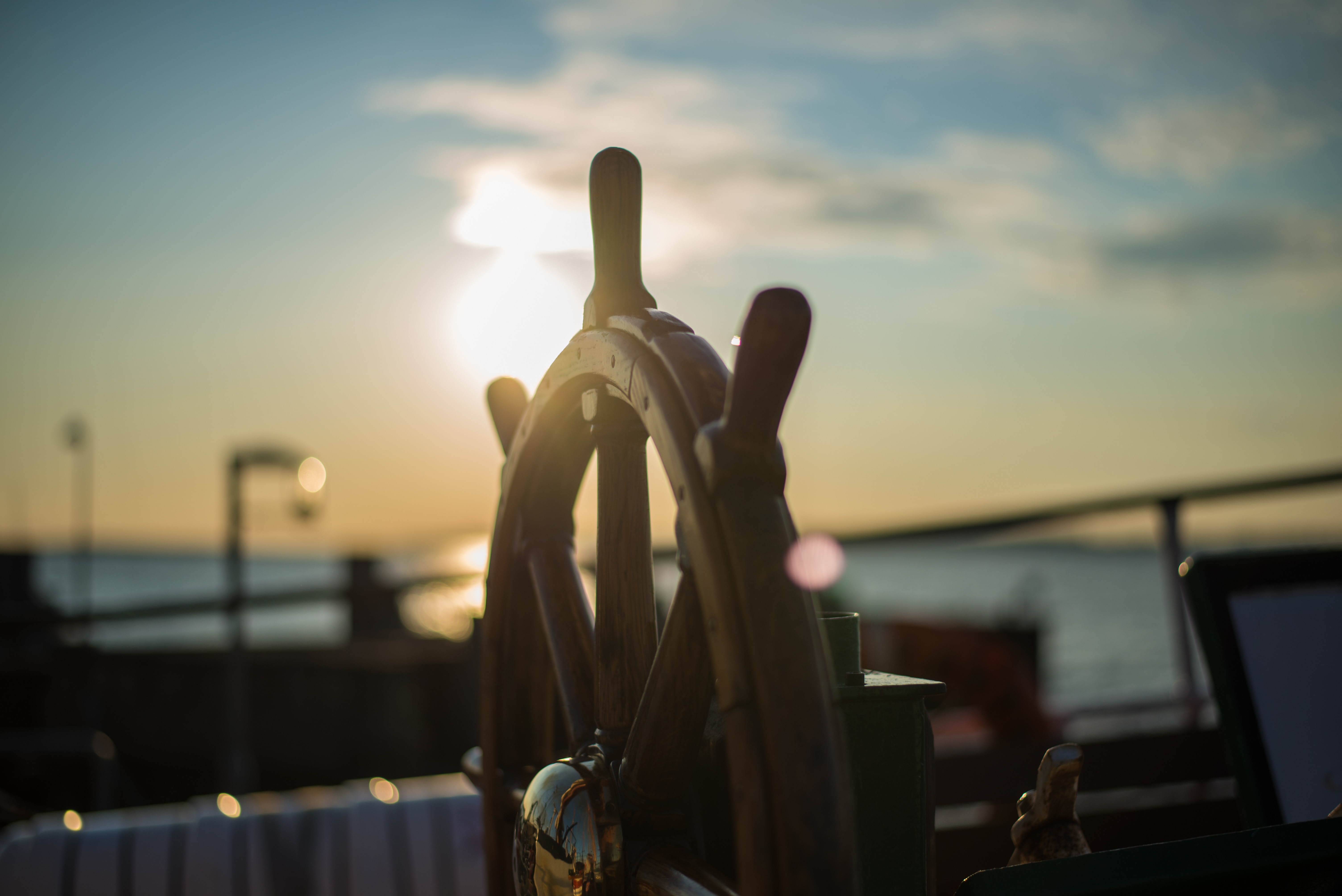 Other people, programs, therapies, experts, me included, they can help you, they can guide you, they can inspire, motivate you, they can keep you accountable, they can give you some structures to go along but this is your journey. Finally, you choose the strategy and you go that journey.

To build a new speaking pattern we need a training speech. And you might imagine a monotonous rhythmical "I-can-see-you." Well, I'm preaching about building a training speech where we put more relaxation, power, and expression into our speaking. Where we use the hand stuttering technique to give our speaking a very physical foundation so that our new speaking doesn't collapse in real-life settings.

Even though the training speech is slower than the regular pace, especially first as we're building it, we still want it to sound absolutely nice and natural. We want to find music in our speaking.

And you might say, "Yeah, but I don't need a training speech. I'm fluent most of the time (or in certain settings). I just want to make my fluency more consistent."

One more time: our fluency creates stuttering for us. Chasing our fluency for us is like chasing its tail for a kitten.  The way to bring change is to uplevel the whole thing, the whole game, the whole speaking pattern.

It's like if I go to the basketball court, shoot 2 out of 10, and keep thinking, "I did two! So I can do ten. I can do it in principle. I just... need to fix this something in me." No, that's just the level of precision I have right now. My level is two. To uplevel the game, I need to work on the fundamentals.

Right now our speaking pattern is insecure. And the training speech creates a secure space for us where we can express ourselves, interact and connect. We want to associate true confidence with the speaking interaction. When you're in the spotlight when everyone is watching you, when everyone is judging you, whatever happens, you still get inside that secure space and feel that confidence. 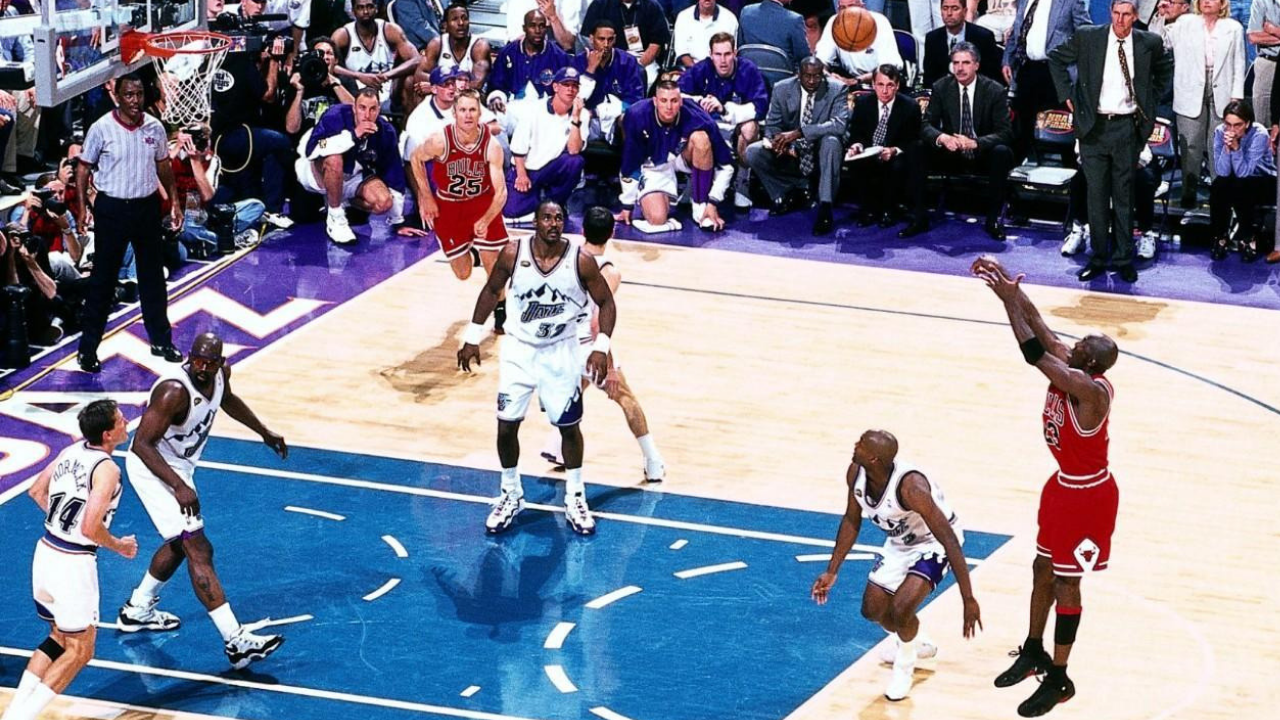 3. Performance - the gap between exercises and real life

The performance closes the gap between speech exercises we do at home or in the therapy room and real life.

On the one hand, when we perform no one really puts any pressure on us. We can turn off the camera, we can delete our live stream, we can decide whatever we want about our speaking. On the other hand, performance puts us in a state which is close to real life. When you shoot yourself on camera you start interacting even though there's no one in the room. We can build tons of confidence this way.

Of course, ideally, we want to practice training speech at the same time making sure we're building the right muscle memory as well. But even without the training speech that's the exercise I suggest you start doing straight away.

4. Opening up and being active

Performance is also about opening up. Being active, not hiding, not avoiding. Playing you, not faking anything, not pretending to be a regular fluent person.

It should not prevent us from feeling about speaking interaction like a regular fluent person. That's our goal actually. But ironically, as long as I try to hide the fact that I stutter or getting free from stuttering I feel a lot of pressure to be "normal," cool, smart, etc., I feel a lot of tension and anxiety, and shame when I fail to meet the expectations that I've created for myself.

That's why I love training speech. Using the training speech is a journey to acceptance of your true self. Finding true strength in being vulnerable and feeling good about yourself.

You take a speech therapy session and then go back to real life. You turn on your default speaking and pretty much all that you've learned is wiped out. Everything that you're building stays as a concept, as knowledge, but it has no chance to become a new automated muscle and emotional memory.

We need a certain intensity to create the training speech that we can use in real life. It's like an airplane needs an extra effort to take off so that then just keep flying which is much easier and takes much less energy and effort.

And then, once your airplane took off, we need some consistency in using the training speech. It's like flying to a new destination by airplane which takes a couple of hours. We want to be patient and just enjoy the flight. In our case, it takes much more than a couple of hours. But again, we do want the training speech to represent your natural speaking just putting a little more to it. Restoring the inner structure of your natural speaking.

If you want to go into detail about the training speech I'm inviting you to my free Improve Program. For performance and opening up join our Free From Stutter Facebook group. We're doing openness challenges and running the speaking club there.

If anything from here was good food for thought for you - that's awesome! Leave a comment! Would love to hear your ideas! Or just any feedback!

Thank you and stay in touch!

If you are a person who stutters,

I invite you to my free video training - 4 Steps To Freedom From Stuttering.

And for more interaction,

Please, don't stay isolated! It's crucial to feel you’re part of the community!

If you have thoughts or observations, anything that comes to your mind - let me know in the comments!

Thank you so much! See you soon!

Read and Watch Next:

3 tips on how to unblock